It is a murky world, the world of Formula 1

It is a murky world, the world of Formula 1.  It has always been part sport, part show, part business and a whole lot of intrigue. 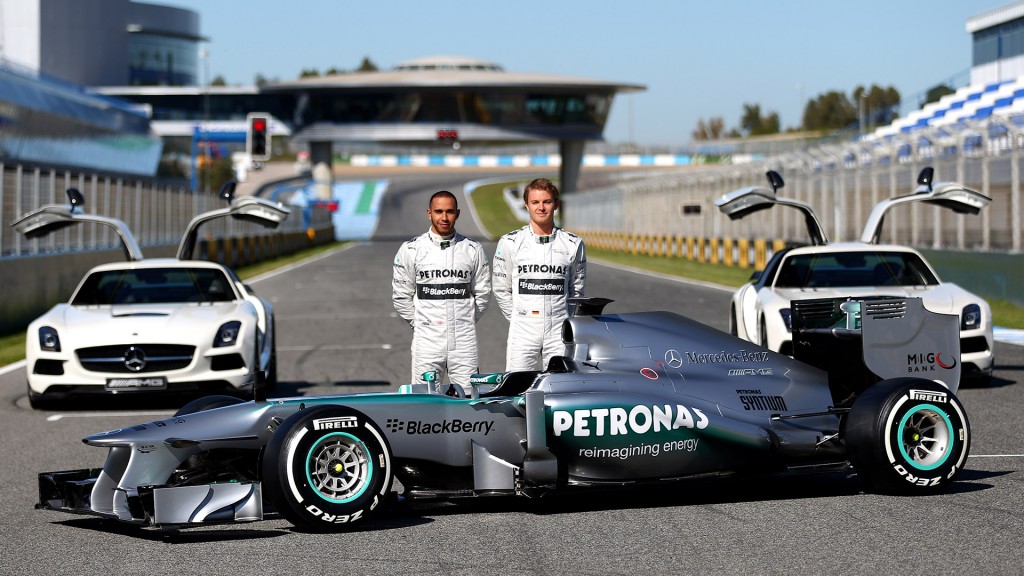 If you are not walking around the pit with at least two knives in your back, you do not work in F1.

It has always been this way, the racing has almost always been secondary.  In 2005, American Grand Prix, in Indianapolis only three team raced, over a dispute with the tyre suppliers.  The 2008 Singapore Grand Prix saw Nelson Piquet Jr., deliberately crash his car so that his Renault team-mate, Fernando Alonso, could make the most of his early pit-stop.  Drivers as well as teams also have taken the law into their own hands, with Ayrton Senna and Michael Schumacher intentionally running into their direct rivals, thus allowing both Senna and Schmacher to win their respective championships.

The fact that the teams and the drivers were not stopped from racing again, the fact that most people know that the Scuderia Ferrari, the oldest team within F1, get a greater share of the money that is produced by the F1 circus, does not seem to detract from the growing popularity of the sport.

Ever since Bernie Ecclestone took over the television rights, in the mid-seventies, the “product’ that is F1, gets stronger and increases it’s hold on the racing and non-racing public’s imagination.

So the latest controversy surrounding the Mercedes F1 Team and their tests for the tyre supplier, Pirelli, is not the first and it will not be the last, it just happens to be the latest.

After the Spanish Grand Prix, held between 10-12 May at the Circuit de Catalunya, Barcelona, Mercedes did 1,000km of running over three days, using a 2013 car and race drivers Lewis Hamilton and Nico Rosberg.

NOT THE ONLY ONE

The Mercedes Team is not the only team that has tested for Pirelli, this season.  Ferrari had also conducted a tyre test for Pirelli, between the Bahrain, held on 19-21 April at Sakhir, and Spanish Grand Prix.

Although the FIA has asked for written submissions from both teams, it is Mercedes that rival teams (notably Red Bull Racing and Ferrari) are formally protesting about. That’s because they used a current race car as well as race drivers Lewis Hamilton and Nico Rosberg.

Ferrari, by contrast, used a 2011 car, which most teams believe to be allowed within the testing regulations. The Italian team have been cleared of any wrongdoing and will not be part of the tribunal hearing.

It is particulary relevant because the Mercedes team have been very rough on their tyres and if you are a especially a conspiracy theoriest, that after the testing, the Mercedes team then went on to win the next Grand Prix at Monaco.

Article 22 of the F1 sporting regulations explicitly forbids “using cars which conform substantially with the current Formula 1 technical regulations in addition to those from the previous or subsequent year” and under this article the FIA, Formula 1’s governing body, has ordered Mercedes to appear before a hearing of its international tribunal.

Mercedes say they discussed the test with the FIA beforehand and believed they had been given permission to use a current car.  This will be the basis of their defence when the team appears before the tribunal.

That is where it gets interesting, it is unlikely that the Mercedes team will be stripped of the Monaco Grand Prix, thus allowing Nico Rosberg to remain the winner of the race. Meaning that Nico will be first son of a previous winner.  His father Keke Rosberg won the race thirty years earlier.

However this could be small compensation as some of the Previous punishments imposed by the FIA could be soon to be worse.  McLaren were fined $100m and stripped of all their constructors’ points for ‘spying’ on Ferrari in 2007.  BAR-Honda were banned for two races in 2005 because of an illegal fuel tank, which the team could not prove did not allow them to run the car underweight.

So we all will wait with abated breath and hope that the FIA are feeling lenient, and their punishment, assuming that the team is found guilty (and we hope that they do not) is not too harsh.

What ever the outcome, we will discuss it here.

What is DSB (Digital service booklet) and it's purpose?
Mercedes-Benz A Class
Fleet Servicing, repairs and full Management System
Mercedes-Benz 5 important things that will save you money on car running costs